february was perhaps the most eventful month of our oriental adventure, yet it got the least amount of blogtime. some highlights:

1. groundhog day. they don't celebrate it here on yonder continent, but matt and i did. we purchased and watched bill murray's film ode to the holiday. i have a love/hate relationship with bill murray films. this movie is one of the two on my hate list, but watching it was better than partaking of some washed-up, early-90s, shoot-em-up kurt russell prison-break flick on the one movie channel we get.

3. chinese new year. the year of the rat. this holiday is brimming with interesting chinese traditions, most of which have to do with luck. purchasing an orange tree for chinese new year = good luck. but eating the oranges off the tree = extremely bad luck. and after the new year holiday they just throw the beautiful trees away. what? remember in that movie "a christmas story" how the mother tells randy that there are starving people in china? well, at least here in hk they let perfectly good oranges go to waste.

another tradition is giving money away to children, single people and employees. the money is placed in a red envelope, like this:

lion dances. two chinese guys wear a lion costume and jump around on poles, then the lion shreds up a head of lettuce and spits it out everywhere. totally auspicious; i have no idea why. the dancing gets pretty impressive though... here's a clip:

chinese new year fireworks. we watched the show from the top of the four seasons. a friend of a friend lives in a high rise apartment at the hotel here in hk, and the flat just happens to have a stellar view of victoria harbo(u)r and the fireworks barges. righteous. here's a sampling of the display (watch for the figure 8 fireworks... the number 8 is very auspicious, if you couldn't guess):

and this last video is of a gentleman at the wan chai mtr station playing one of those upright chinese violin thingers (an official term). i've tried playing one of these instruments, and it's a lot harder than it looks:

4. the diner. remember that diner where jerry, elaine, george and kramer would pore over life's greatest mysteries? we have one of those, kinda. this little chinese denny's-ish joint is on the corner of our block, and its curries have become a staple in our poor chinese diets. we captured a bit of the magic one night in february. ignore the uncomfortably pregnant bird in the foreground:

5. valentine's day. i made cookies. it came and went. valentine's day isn't recognized on the burton/skeen calendar. see last year's v-day entry if you don't believe me.

6. fox. he came 3 days late... already showing signs he's a true skeen. we love him. a lot. i stare at him all day and wonder how that little/big beaner was inside of me for so long. both matt's parents and my folks were in town for the blessed event, and i really wish they were still here. when they left they took the parenthood training wheels with them. we've had a few bumps in the road since but haven't crashed and burned... yet.

fox loves it when gramma linda sings to him. he pooped on her twice to show his appreciation. 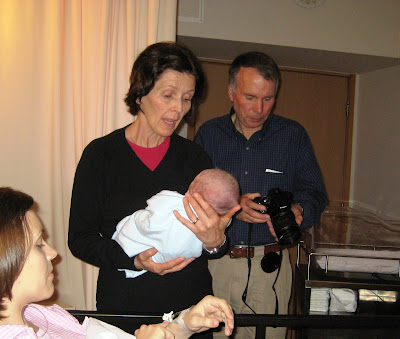 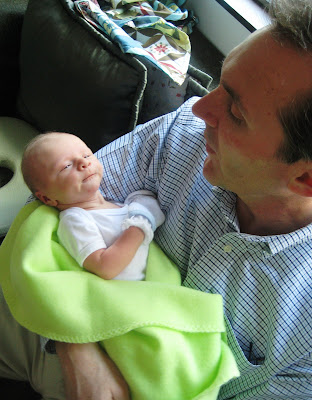 love me some gramma julie. 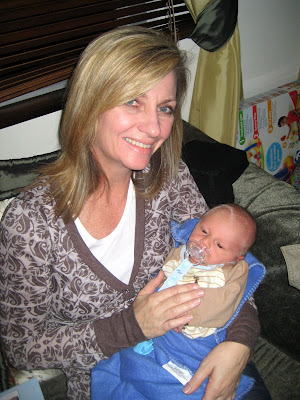 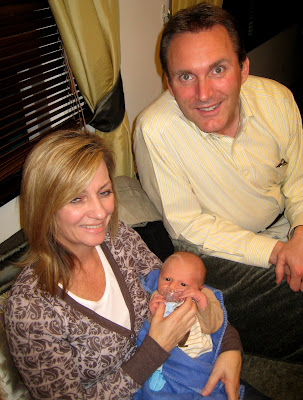 I forgot your birthday was this month! Happy Birthday! Hey I heard there were riots in Hong Kong. Are you guys safe and sound?

He is so cute. I can't believe how big he is looking already. I agree that little boys are the best. I will take a little wildness over hormones any day.

your pictures of fox aren't showing up, yo. but don't know if it's my computer or not...

how great to have your parents there! he sure is a sweet tyke.

He's such a rooer! Keep the pics coming. I totally hate Bill movies too...especially Groundhog's Day. Speaking of movies, my breakup with Nate was very Steel Magnolias. What an ass, eh?

Love the Video of you in the diner....it almost looks like a hidden camera....