it makes me more stupider.

meaty discussions regarding our nation's crumbling economy,
doctrinal insights into the purpose of man,
constructive debates on the role of government in education,
no.
expensive clothes and trendy restaurants,
beautiful trust fund kids living unrealistic lives,
der dee doo der der blah blah blahhh...
yes.
'the city' is not brain food, but i figure by not reading the vampire books i've stored up enough entertainment empty calories to burn on half-baked, pseudo-reality television programming. now, by saying what i'm about to say, i may lose the respect of some, but it's a risk i'm willing to take. whilst online browsing through UOs hip headbands, i came across a model who i strongly believe is 'the city' cast member, allie. i've consulted a few close sources, but i still have a few doubts... so tell me blogworld, what sayest thou: 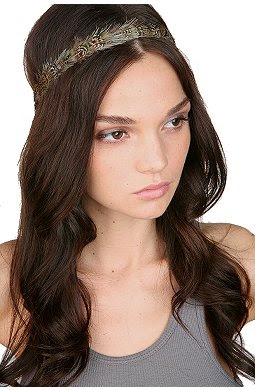 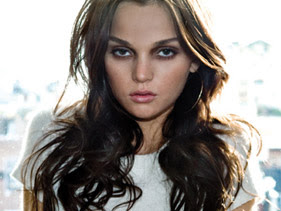 whitney's boyfriend's bestfriend's girlfriend, allie.
(slightly embarrassed how easily that rolled off my tongue)
same girl?  pointy chin, thick brows, eyes half-way rolled back into the head...
i'm off to read an ayn rand book (and by that i mean the biggest loser is on, and i'm weak).

I think it's her, although slightly photoshopped.

(your blog viewed while I'm sitting on the couch watching TBL in my PJ's - & just waiting for Mike to get home before we heat up the oven for some cookies.)

Don't start on the vampires. They reel you in!

That is so the same girl you don't forget crazy eyes like that, and the biggest loser is educational-nutrition, exercise(oh I can justify anything). The sad thing is I continue to watch the hills and the city fulling knowing that people are payed to be their fake friends-I am a loser.

sadly, i haven't watched the city yet. stupid school takes up all my time. the hills is one of my guilty pleasures, so i'm sure the city would be too. maybe it's a good thing i'm not being sucked in this season.

totally her!
vampires aren't all that exciting, don't waste your time. reality t.v. is much better.

That's gotta be her! I have the vampire books if you want to borrow them :)

you may appreciate this:

I vote that it is the same girl.

I think you could argue that the city is intellectually stimulating in some respects....but maybe not.

I think the model is prettier than Allie....Allie always has crazy bags under her eyes. But maybe I'm wrong and just trying to play devils advocate.

I figure that if I watch more PBS than MTV I come out on top? I think you are right, it is Allie. She has the same eye shape and lips.

I'm pretty sure its her. Sadly I watch the show enough to know.

maybe that's why i feel such a homey connection with you, erin dearest. we're on the same superficial wavelength.

Sid the Science kid learning about washing hands seems to be my mentally stimulating genre these days. However, I did just start Our Mutual Friend by Charles Dickens and am feeling a little more Stace and a little less flatline...

hey - i will be there in august. greta will already be back in texas by that time, but i'm trying to talk her into it. -so start bugging her. it would be fun for all 3 of us to meet up.

Okay, that is her. And umm I have been secretly blog stalking you for a number of months, I think you are so witty and hilarious. I know your sister Hil, anyways...yes that has to be her, no doubt about it.

you make me laugh. don't feel so bad about the reality t.v. thing, either. i think it happens to the best of us. i.e. stay at home moms ;)