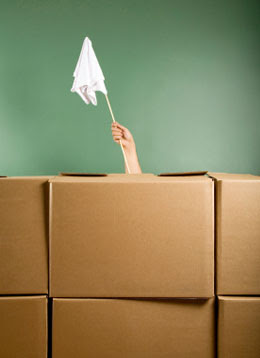 today i was peed on, spat on, thrown up on, drooled on, sneezed on... my poor, sweet little guy; it's not his fault. but if i'm not ill within 48 hours, it will be a christmas miracle.
and while we're on the topic, let's discuss the pig flu.  my dear, dear mexico city friends: please stay healthy.  let me just say this: i think the fates are trying to reveal something to me, or someone upstairs has a really sick sense of humor.  three of the last four cities i've lived in have had animal disease outbreaks: hk, mexico city, and now new york.  and for those of you who know me well, you know i sort of unhealthily obsess over diseases, public health scares, lead paint on window sills, etc.  i can't even watch E.R. without pulling up the interweb and making sure i'm not dying of whatever they're dishing up.  i'm all over that google-self-diagnosing stuff... like a rat on a cheeto.  cheetoh?  meh.
upon returning home from a weekend trip to mainland china, back in the good ol' days of life in hong kong, i was convinced that i had contracted the bird flu after a live duck shared a row with me on a public bus.  i'm sure the poor animal was on its way to someone's dinner plate.  the chinese bird flu scare nuked my brain so entirely that just the other day when i saw gunther shoving his nose in bird feces, i immediately took him inside the apartment, thoroughly wiped his snout and paws then quickly decided my fear wouldn't subside until i bathed him.  taking paranoia to new and very interesting levels.
so although i really don't know anything about this recent pig thing, it almost goes without saying that you won't be finding bacon 'round my place for a while.  we're going kosher.

oh man... so sad. I feel for you. Let me know if I can bring you anything although I kind of want to stay far far away.

that's no good sister! man, our whole family has been sick within the past couple of weeks. what's the deal? i really hope foxy gets better. i'm calling you today. and a little hilly humor for you, i thought you said fox stuck his nose in bird poop instead of gunther!! i was like, wha...?? then i read it again and saw that it was gunther.. hope gunth is okay, too. you're a good mamma.

i am SO glad ER is over. i still don't know if i can overcome the fear of ebing pregnant after everything they have shown. it will be a miracle. my blood pressure would sky rocket watching that show, i kept thinking, why? why am i watching this crap......

from one germ-a-phobe to another... cuidate y buena salud. maybe it's time for me to go back to suburban living. mexico is aging me. hope fox feels better soon. :(

One of our little fellows currently had the Croup. Dr. Chugg recommends cold air and then a wallpaper destroying humid bathroom, then cold air again. In the absence of cold air try sticking him in the freezer. may we all survive.

I feel you on the germ-o-phobe front. To my horror, I read this article:

Ya, that's right in our neighborhood...you can bet I won't be leaving the house today.

poor little fox. hope he feels better and i hope you do NOT get it, nor the bird flu.

OR swine influenza.. :( sorry to hear about fox :( poor kid. good luck e, i think i'm right there with you on germ phobia...

poor little foxman! that's not fun at all. did you get ill? i'm wishing for a christmas miracle for you.

I sort of liked the (hopefully) tail end of Fox being sick. His little hugs sort of melt my heart every time, and I think I got like 7 of them when I saw you guys on Wednesday.

I still hope he's feeling lots better & you guys are getting some fresh air.